What Is a Double Tapped Breaker

By Duane AtkinsonApril 23, 2021Electrical
No Comments 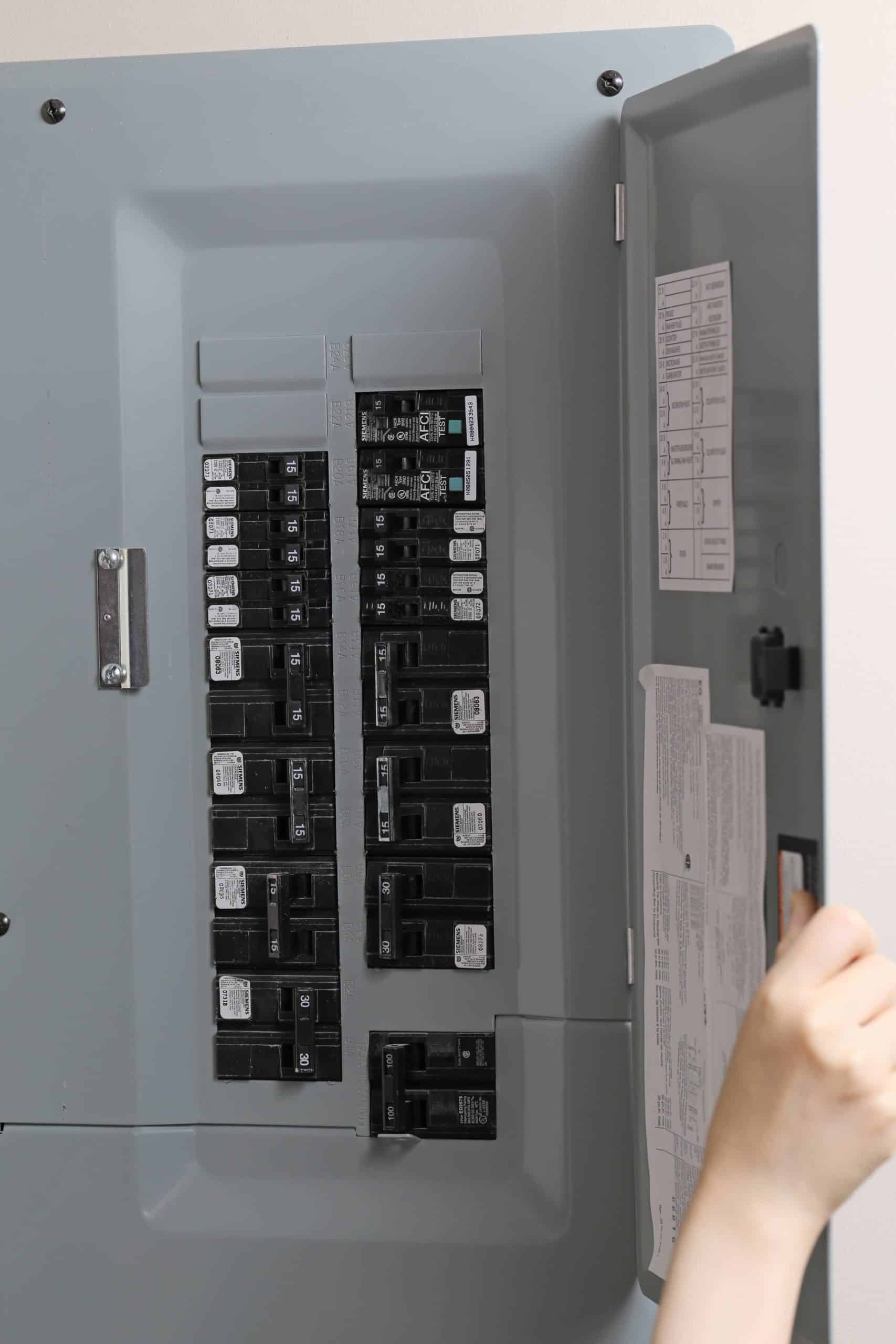 Our electrical panel box has a lot going on inside.  Whether yours is in the garage or elsewhere, it has breakers for everything in the house. It is important to know where yours is.  When looking at the electrical panel, do you see a breaker with two wires going into it?  If yes, this is a double tapped breaker and not a good thing to have. (This is assuming the breaker is only designed for one wire).

Let’s take a look at why you need to know about these, can this be fixed, what can happen with it, additional issue, other things to look for, and when to contact a professional.

Why You Need to Know About Double Tapped Breakers

Having two wires connected to one breaker that is designed for only one wire is not a good idea.  The electricity is being shared in a space that is not made for two wires, thus the loose connections can occur which leads to arcing and fires.  This is something that many inspectors see in an inspection, but it can be fixed.

Can This Issue Be Fixed

Yes!  This can be fixed and doesn’t cost very much.  Contact a licensed professional to do this for you as there are different options to fix this problem and other issues you could cause by doing it incorrectly.

Adding another breaker can be done if there is room.  However, sometimes this is why there is a double tapped breaker to begin with – no room.

There are some companies that sell breakers that are for 2 wires. Sometimes, the breaker will also have a graphic on it that shows two wires.

This also holds two wires in one space but only taking up the space of one circuit breaker.

This may be the easiest way and this involves combining wires together or short wires into one conductor.  This is then plugged into the breaker.

Always be sure to use the same brand breaker as the brand of the electrical panel.

What Can Happen With a Double Tapped Breaker

A double tapped breaker can cause an arcing, an electrical short, or a fire.  Arcing is an electric current goes through the air from one conducive end to another, caused by wires not being tightened enough.  It can cause harm or death.

Here is a video from Structuretech about double tapped breakers:

Even worse than double tapped is some inspectors are finding three wires plugged into a breaker that is meant for one or two!  Taking a look inside the electrical panel box is highly recommended to see if this is true in your home.

Other Things to Look For

Since you are looking in the electrical panel box, take a look at a few more areas of concern while you are there:

2. FPE Panel- it is possible you could have a FPE panel if your home was built between the 1950’s and 1980’s.  This is identified by red tipped breakers, FPE lettering, Federal Pacific Electric Company, or Stab Lok listed on the panel door.

They are dangerous because they cause fires. Also, if it is a house you are buying, you won’t be able to get insurance for it if it has this panel.

3. Test GFCI circuit breakers – Testing is done with the breaker reset test button.  This is once a year maintenance that can be done to make sure the breakers are all working.

4.GFCI Circuit breaker recall– these circuit breakers were installed in homes after February 1998 and they won’t trip.  You will know if you have this if the word Challenger is on the door on the inside.

5. Aluminum wiring– Aluminum wiring is a silver color wire and marked on the electrical panel and also on cables that run into the attic or down to the basement.

Often, it has an AL on ALUM on the plastic wire jacket to distinguish it from other metals, such as copper. It was used in homes from 1965-1973 when copper was expensive. The problem is it is the aluminum wiring is a single strand and connected to the copper wire through the wrong size conductor.

Contact a professional if you are having any wiring issues.  There is a risk of injury or death when working with electricity.

Double tapped circuit breakers are not meant to have two wires going into one breaker.  The power is not distributed evenly and a short or fire can happen.  If you find this in your electrical panel, it is best to call a professional to take a look.  We can look at your electrical panel during our home inspections in Central Florida: Orlando, Clermont & The Villages. Think you may need our services?  Leave a comment below!

Split Bus Panel: Do You Need to Be Concerned

How to Reset Circuit Breaker With Test Button